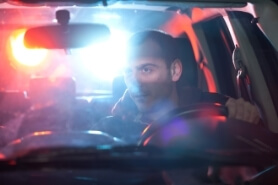 Even if you have paid all necessary fines and served jail time if required, a DUI conviction can affect your chances of landing a job if a potential employer decides to do a background check which can expose your DUI conviction. There are limits on an employer’s ability to conduct these background checks, however.

Will DUI Show on Background Check?

The federal Fair Credit Reporting Act (FCRA) governs background checks conducted by outside companies but not those conducted in-house. On the one hand, the FCRA prohibits reporting criminal arrests after seven years, but any convictions such as a DUI can be reported indefinitely. In addition, restrictions imposed on reporting by the FCRA only apply to jobs paying $75,000 or less annually.

Anyone running for public office or applying for a professional license in the state need to disclose a DUI from within the past 10 years. It is not unusual for jobs which include working with children, the elderly, or disabled to conduct background checks on applicants. While this will not automatically disqualify an applicant, it can factor into the decision to hire them or not.

What Information Does a Background Check Include?

An official background check can include information such as driving records, vehicle registration, criminal records, court records, character references, neighbor interviews, and incarceration records. In general, if you are being asked about your record, lying is much worse than a criminal offense such as a DUI. Employers are also taking to social media such as Facebook to review job candidates which can turn up an array of information including DUIs.

Speak with a Cleveland attorney if you are concerned your DUI may be holding you back and you would like to pursue an expungement.